An Activity To Warm The Hearts 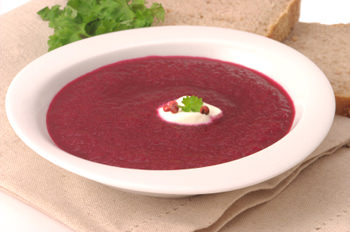 As you may already know, I work in a multicultural facility where most of the people are Europeans and Asians who came to this country 50 or 60 years ago.

One of my shifts falls on Mondays afternoons and I vary the activities according to the season. Since the weather has been cool I started making home-made soups for the residents in the recreation room every Monday.

Last Monday I followed up a recipe giving to me by Irene, a 90 year old lady from Poland. The recipe is so simple it took us less the 30 minutes for the preparation. By 'us' I mean: Irene, a good friend of hers from Latvia, an activity assistant, myself, and an eleven year volunteer who was the daughter of one of our kitchen staff.

While they were chopping up and grating vegetables I was minding the electrical saucepan to make sure other residents were not in danger of getting too close to it. During the preparation of the soup there was an animated conversation going on which included reminiscing, jokes, and arguments over the best potato peeler.

When all vegetables were done I started the soup under Irene's instructions. The soup in question I believe is the national soup of Russia, 'Borsht', but this was a Polish version very popular in Poland. The recipe will follow because this soup was so successful that if you have Europeans in your facility, perhaps you would like to try it one day.

The soup is made of beetroot and potatoes and when ready it looks fantastic, all red and shiny. Having never tasted such a soup in my life I did not know what to expect. Well, what a surprise! The residents loved it and so did I. Our Asian residents, who like me, were totally unaccustomed to such soup enjoyed it as well. I had the nurses to help me to serve the soup to certain residents in their rooms.

To cut a long story short the soup was not enough, everybody wanted a little more but we were only able to make 5 to 6 litres of soup in the recreation room and sharing was necessary. Later, I was summoned to the room of an 89 year old Polish man. When I got there he shook my hands and pulled me towards him to give me a kiss in gratitude. He said it had been many, many years since he had eaten that soup and it reminded him of his mother. He had tears in his eyes.

Irene was as proud as a peacock, with all the staff coming to tell her how delicious it was. It was such a simple and enjoyable activity and it brought so much joy and happiness to people. I can't claim it was my culinary skills at work, I believe it was the fact that, firstly: it was something from the old country they hadn't eaten for a long time, secondly: it was something home-made; a vast change from what they are used to from the kitchen.

Next week we are making a vegetable soup under the instructions of a Ukrainian lady. I'll keep you posted. Here is the recipe for Irene's Borsht Soup.

Instructions:
Peel and cut potatoes into small squares.
Drain and grate beetroot. Reserve the liquid from the tin.
Place water or stock in saucepan, add potatoes and simmer until soft.
Add 2 Tablespoons of apple cider vinegar. (Irene said this is important for the potatoes to remain firm).
Add liquid from tin and beetroot and bring it to the boil. Simmer for 45 minutes.
Add salt and pepper to taste.

To serve:
Pour soup into a bowl and drizzle running cream (about a tablespoon) on top.

Hoping to join G.C. soon. I am always seeking new ways to make time live for my elderly clients and show them old discoveries renewed and enjoyed. This may be the answer.

Hi Maryan, yes there are strict rules for food handling in aged care and without the blessing and support from management it won't happen.The way the manager of my facility sees it is that the recreation room cooking session is not only a 'home-like' activity which brings floods of memories to those present but it also provides sensory stimulation; promote a sense of sharing and belonging and involves participants in skills they know (for females). I make 5 litres of soup in the recreation room every Monday (winter months only) and the appreciation I get from residents is so heart warming. Yes the participants do peel potatoes and chop onions, with tight gloves on and hygiene is a top priority.
MARYANN ELLIS

Hi Peter,
Thank you for your encouraging words. That's the idea, you read what
other people are doing and get inspired to do the same. I am so glad
you are going to do the soup in the Altersheim. Let me know how how it
goes.
Peter

Dear Solange,
Your idea to describe the borschtsch-soupe and to cook it as a remedy against homethickness is great; you are making a wonderful job!
We will copy your recipy and the idea to offer the meal to a group of old an ill persons (Altersheim) in Stuttgart.
We like your work and will continue the membership in your association.
Best regards

I co-own and operate a small assisted living home in Pittsfield, NH (U.S.A.). We consistently seek ways to improve upon our senior activity program, providing a diversified balance of a purposeful and enjoyable time of recreation, crafting, exercise and others to reach all of our residents. I must say, it's been a challenge. This past October I began researching options online and came across your site, subscribing for a year to see what you were all about. Let me tell you, you have not disappointed! Your site is a priceless resource that we are extremely thankful for. We find a significant increase in resident participation and look forward to the new ideas that each month brings. Our residents love the changes!

I am so grateful for this site. It really is a great help to me as a new Activity Assistant. It's good to know that I always have an activity ready and effective. I so appreciate you.