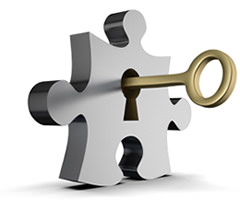 Last month the media reported exciting news on research into neurodegenerative disorders which includes Alzheimer's Disease. I was rather excited about it and for the sake of those who may have missed it, here is a summary of the latest findings.

At the International Alzheimer's Conference in Hawaii last month British scientists disclosed that they are developing a simple and inexpensive blood test that can identify Alzheimer's Disease up to ten years before symptoms appear. The test, which could be available in three years, would give families more time to prepare for the future.

In the same conference, US scientists proposed that they would like to see: "tests like brain scans to become the default method of testing for the condition, instead of waiting for physical symptoms to appear". They added: "New diagnosis guidelines would take into account the pre-clinical stage, when clumps of the protein amyloid are just beginning to form in the brains of people who are otherwise healthy. This indicator appears around ten years before dementia sets in and is seen as the most effective time to intervene in the disease."

More interesting news on neurodegenerative disease was revealed by biologists Gizem Donmos, Leonard Guarente and colleagues from MIT (Massachusetts Institute of Technology). They reported that the first link between amyloid plaques, which form in the brain of Alzheimer's patients, and a gene previously implicated in the ageing process called SIRT had been discovered. Researchers studying the SIRT gene, which produces sirtuin proteins that are thought to extend the life span of laboratory animals, found that by activating the production of sirtuin in mice it suppressed the disease and by destroying it, made it worse. This finding raises new hope of a treatment for Alzheimer's Disease in the future. Diseases such as Parkinson's and Huntington's will also benefit from drugs that activate sirtuin.

Other predictors of Alzheimer's were also discussed at the Conference in Hawaii such as spinal fluid tests and new imaging agents for PET scans. These tests are not as yet validated and recommendations for its adoption are yet to come. The good news is that a draft proposal that would update the diagnostic criteria for Alzheimer's disease for the first time in 25 years has been presented to Alzheimer's experts for consideration.

This site is amazing! It has helped me so much over the last couple of months. My residents are big fans of your Arm Chair Travels. Keep up the great work!

You're quite the special angel here to assist everyone. It takes a special kind of person to deal with seniors - they are not given the respect or credit they so deserve to have lasted this long on this earth. To have witnessed such history is amazing. So many are forgotten about and I try everyday to share RAOKs (Random Acts of Kindness) with any person I see that could use it - thank you again for the great ideas which I hope to spread around the area to help make others know how special they are.