July is certainly a great month for activities. The National days of the United States and France are great excuses to have a party and of course there is also the increasingly popular Christmas in July.

4th of July
In the United States, 'Independence Day’ commonly known as 'Fourth of July’ celebrates its declaration of independency from Great Britain (July 4, 1776). In the US, this day is commemorated with fireworks, military parades, picnics, concerts and much more. For the rest of the World if is a good excuse to have an American themed day with fun and excitement in honour of a great nation.
Here are some activites to help you celebrate:

The national day of France is often called 'Bastille Day’. The Bastille was a prison in France which symbolized the absolute and arbitrary power of the King, Louis XVI. On July 14, 1789 a group of citizens stormed the Bastille and thus begun the French Revolution. A French themed day has so many possibilities; the French lifestyle, their cuisine, their wines, their cheeses, their music and much more.
Here are some Bastille Day activities:

Christmas in July
In the southern hemisphere 'Christmas in July' is a rather recent tradition and its beginnings, as far as I know have not been attributed to anyone in particular. In truth, we don't need a reason; it is mainly a social event to provide another joyful festivity and an opportunity to have a roast turkey with all its trimmings.

Here are some Christmas activities to help you celebrate Christmas in July: 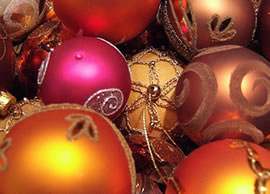 Summer in the Northern Hemisphere
In the northern hemisphere the summer is in full swing! Check our Outdoor Activities for ideas.
Lunch at the Bay or a picnic in the park sounds good.

This is my go to site. I have looked at the others, but Golden Carers has a sense of fun and creativity that makes the activities we do enjoyable for all. They are adaptable for all levels. We did the Olympic Day and had a blast. Everyone got up and participated !!! Thank you.

Many thanks for making our life so much easier. Otherwise designing these activities would take forever!