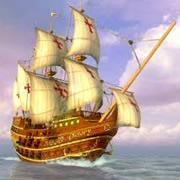 Today in history: Crossing the Pacific

On November 28 1520, Ferdinand Magellan discovered a navigable sea route through South America, this passage became known as the Straight of Magellan.

The waterway is the most important natural passage between the Pacific and Atlantic oceans. It is situated at the tip of South America, north of Tierra del Fuego and it is considered difficult to navigate because of its narrowness and treacherous winds.

This is my go to site. I have looked at the others, but Golden Carers has a sense of fun and creativity that makes the activities we do enjoyable for all. They are adaptable for all levels. We did the Olympic Day and had a blast. Everyone got up and participated !!! Thank you.

I just wanted to tell you that this addition of "This day in History" is phenomenal!!!! I've been looking for something like this, and to have it all done, makes my job so much easier! I love your website and my seniors enjoy all of the great activities! THANK YOU!!