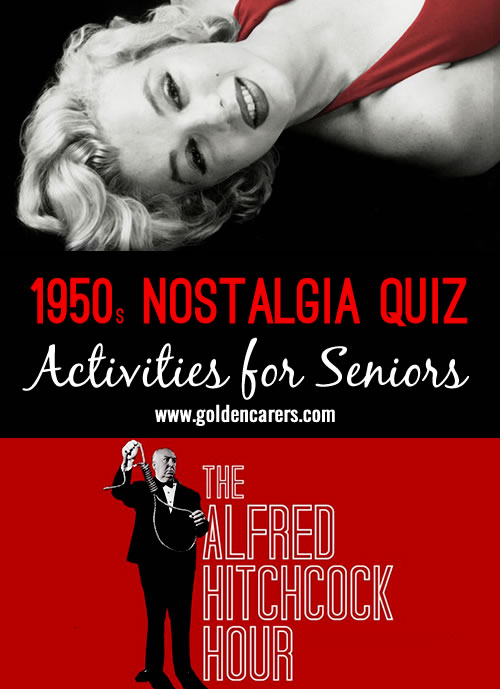 Who Am I? February Birthdays

6th Jan 2019 Activities In Memory Care Unit
Trivia from the baby boomer age is a big help. Gets so much discussion going on. Thank you for all you do.

11th Jan 2019
Thanks for your feedback Mary!
Sandra

4th Nov 2016 Activities Coordinator
What a wonderful site. I have printed some activities already and am looking forward to trying them with my clients.
thank you
Sandy

7th Nov 2016
Thanks so much for your feedback Sandra! Good Luck!
Pamela

2nd Oct 2016 Respite Carer
What a day it was when I came across this wonderful site, Golden Carers. Our guests at the respite centre absolutely love quizzes, and I have printed numerous quizzes today for the upcoming week. thank you so much to everyone involved in this fabulous site.

3rd Oct 2016
oh thank you Pamela! Your feedback is so much appreciated!
kareen

13th Sep 2016 activities officer
my resis love quiz time and discussions....I will give them a topic to discuss and it creates so much conversation.. This nostalgia quiz will be great as they always like new challenges
thanks for the hard work you put into making our Jobs a bit simpler....This is such a valuable site for all us diversional therapists. thank you thank you I cant thank you enough :-)
Kareen

19th Sep 2016
oh thank you so much Kareen! Your feedback is much appreciated.

26th Aug 2016
Thanks for your feedback Helen! Hope it goes well!

What a great website....fantastic! Thank you for such great content and recourses

I just love love love this site - each time I'm glued to the many and awesome ideas to engage with our seniors. I recently downloaded some of the crossword puzzles and these seniors are fabulous to work with. That is just the tip of the iceberg. In this new chapter of my life, as semi-retired, I am so enjoying my time with seniors and watching them light up; I feel I've found a new niche. It's extremely gratifying. As to the cost of membership, it came out of my pocket - I rationalised that it was only about $3/month, less than many magazines. So keep up the GREAT work!!! Thanks again Golden Carers!!!!!