The Origins of common Superstitions

Found In: ›Activities ›Articles ›The Ides of March ›Halloween 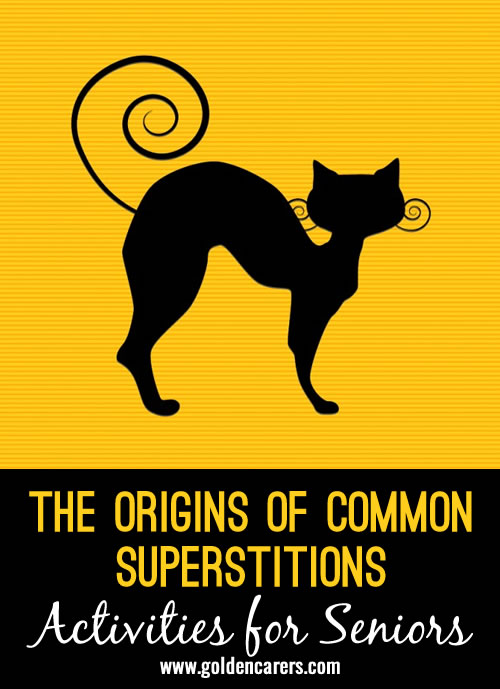 The Ides of March and the Role of Superstition

However the Ides of March took on a whole new meaning in 44 BC when Rome's Dictator, Julius Caesar, was assassinated. Since that fateful day, March 15 has become associated with doom and prone to events with disastrous effects. The Ides of March is a good subject to begin exploring the role of superstition around the world, since superstition is pervasive in all cultures.

Here are some ideas on how to conduct a discussion on the subject. You may add and expand upon these discussion ideas. 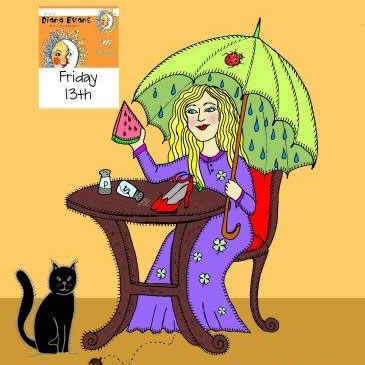 Superstitions began centuries ago when people sought to explain mysterious events and circumstances with the little education they had.

In modern times, despite scientific insight and education most people still believe in superstitions. Even people who do not regard themselves as superstitious will often say things like "keeping my fingers crossed" or "touch wood".

Superstition is not based on reason or science. In fact the definition of superstition is:
"A widely held irrational belief in supernatural influences, such as leading to good and/or bad luck".
Superstitions are widespread and every culture have their own.

Ideas on how to conduct a 'Superstition Bash' discussion are listed below.

Preparing for a 'Superstition Bash' event 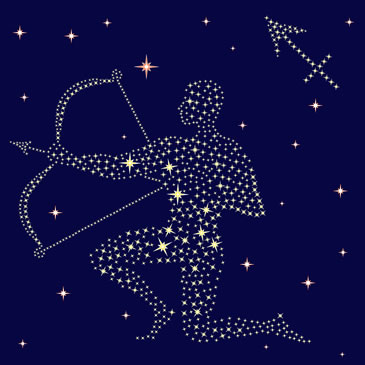 Begin discussions by asking participants to list superstitions they are aware of and make a list or write them down on a white board.

Read through them one by one and ask participants to classify them: are they related to happiness, bad luck, or good luck, curses, divination, rainmaking, witchcraft or religious practices?

Share the following superstitious beliefs and encourage participants to interpret each one before you read their meanings: 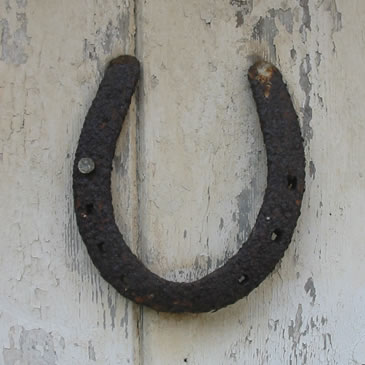 4. Superstition around the world 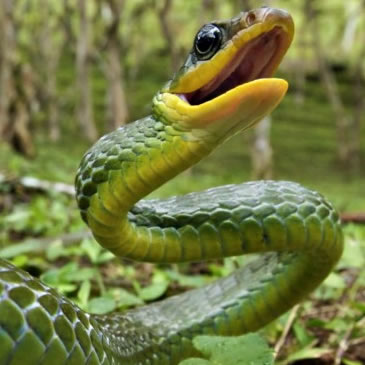 Share these international superstitions and if you have participants from other cultures, encourage them to share their own. 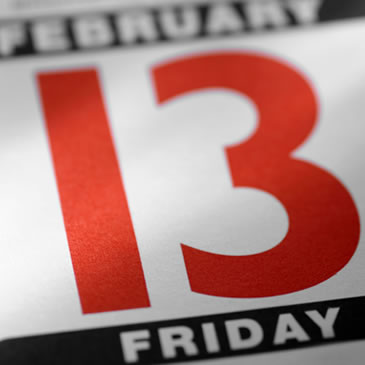 Amuse participants with the roots of some superstitions. Ask them if they know any to share.

IT'S BAD LUCK TO WALK UNDER A LEANING LADDER'
It is said this superstition originated 5,000 years ago in ancient Egypt. A ladder leaning against a wall forms a triangle, and Egyptians regarded the triangle as a sacred shape, which is why the pyramids were triangular.

A BLACK CAT CROSSING YOUR PATH BRINGS YOU LUCK OR MISFORTUNE
The belief that cats bring you luck began with the Egyptians who revered all cats black and otherwise. However in the early seventeenth century in England, King Charles I changed this. The King had a black cat as a pet and upon his death he lamented that his luck was gone. Lo and behold, this was reinforced the very next day when he was arrested and charged with treason.

THE NUMBER 13 IS BAD LUCK!
This saying has its origin in Norse (Scandinavian) mythology. A well known tale tells the story of 12 gods who were invited to dine at the Valhalla, a magnificent Banquet Hall in Asgard, the city of the gods. Loki, the god of strife and evil, crashed the party, raising the number of attendees to 13. The other gods tried to oust Loki in vain, and in the struggle Balder, the favourite god among them was killed. Scandinavian dislike of the number 13 spread south to the rest of Europe and then the rest of the world. This story was reinforced in the Christian era by the story of the Last Supper, at which Judas, the 13th disciple betrayed Jesus. In modern days the superstition remains strong; high rise buildings rarely have a 13th floor; the next floor after the 12th floor is commonly the 14th floor. 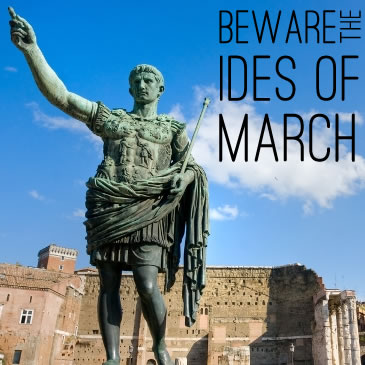 Explain to participants that the phrase 'Beware the Ides of March' refers to the play Julius Caesar by William Shakespeare.The play recounts the assassination of the Roman Dictator.

This is my own abridged version of the story:

In January of 49 BC, Julius Caesar, a general in the Roman army led his troops across Northern Italy plunging the Roman Republic into civil war. He pursued his rival, Pompey, to Greece but on arrival found that Pompey had fled to Egypt. Caesar's army gave chase and on arrival, comprehensively defeated his enemies. He then conquered North Africa and returned to Rome with his authority firmly established.

Despite Caesar's achievements he was seen by some people as arrogant and corrupt. His continued drive for power turned many influential people against him. Among those were the sixty members of the Senate; a political institution whose members were noblemen.

When in February 44 BC Caesar accepted the office of 'dictator for life' he sealed his fate in the minds of his enemies. Many influential people resented that the long established Roman republican government was being dismantled.

The dissident senators were led by Marcus Junius Brutus; a protege and ally of Caesar. The consensus in the senate was that Caesar should be ousted for the "greater good of the Roman Republic".

The "Liberators"; as the conspirators called themselves didn't have much time because Caesar was leaving Rome for a military campaign in Parthia (today's Iraq).The plot was to be carried out two days before Caesar was to leave Rome; at the 'Gladiator Games'. The advantage was that on this day there would be no suspicion aroused by people carrying weapons.

According to written reports a few weeks before the fateful day Caesar was warned by a Seer (a person with supernatural insight capable of seeing the future!): "Beware the Ides of March", he said. It meant that harm would come to Caesar no later than the Ides of March. Caesar was amused and didn't show concern for the Seer's warnings.

On the fateful day, March 15, Caesar was on his way to the Senate for a meeting, when he passed the Seer and said to him with a smile: "The Ides of March have come," meaning that the prophecy had not been fulfilled, and the Seer replied: "Aye, Caesar, they are come but not gone."

Caesar was ambushed as he arrived at the Senate and directed to a room where he was attacked with a dagger and killed. Before falling Caesar saw Brutus among the attackers and said: "Et tu Brutus" meaning "You too, my son?".

After the assassination Brutus and his companions marched through the streets saying: "People of Rome, we are once again free". They were met with total silence; Caesar was popular with the Roman lower classes and soon the masses turned against the conspirators.

To the people of Rome, Caesar was a hero; he had brought power, wealth, and prestige to the eternal city and they loved him. The death of Caesar marked the end of the Roman Republic and the beginning of the Roman Empire. Caesars heir was his great-nephew Gaius Octavian also know as Augustus, the first Roman Emperor.

Share these verses and ask participants if they know others.

One is for sorrow, two for joy, three for a girl
And four for a boy; five for silver, six for gold,
Seven is a secret never to be told, eight is a wish,
Nine a kiss and ten is the bird you must not miss

Would you marry in black instead of white?
Cut your nails on a Friday night?
Give a witch a lock of your hair?
Break a mirror and not even care?
Jump up out of the wrong side of bed?
Never sing, but whistle instead?
Walk under ladders but care not a jot
Point at rainbows while shouting, 'So what?'
Is your favourite number 666?
Do you enjoy taking all these risks?
Do you lap up dragon's blood and still feel glad?

Yes? Then you are certainly brave!

More articles on Superstition around the World

How to Plan a Restaurant Month-Long Event

Where Do Superstitions Come From?

4th Feb 2022 Life Enrichment Director
Absolutely love how detailed this event is and how it incorporates many little events into one big event!!! Huge huge help!!! Thank you!!!!
Talita

14th Feb 2022
Thank you so very much for your feedback Laura!

26th Feb 2018 Recreation and Rehab Manager
Very good work on this program. Very thorough, and many good ideas tying into superstitious events. Also liked the idea to build in poetry, for poetry month!
Francis 8th Feb 2017 Diversional Therapist
My residents are the same' they just love the quizzes. Because the majority have all been such great readers these words have stayed in their memories. Keep up the great work!
michelle

22nd Mar 2016 receation therapist
thanks for the great resources, my residents love quizzes, and any word games.
Talita

22nd Mar 2016
Thanks for your feedback Michelle! We love hearing what activities work well. More quizzes and word games has been noted!

14th Mar 2016 Recreational Activity Officer
Thank you for this detailed idea. We will do this tomorrow and I expect it will generate lots of discussions.
Sandy.
Talita

20th Mar 2016
Thanks for your feedback Sandy, would love to hear how it went!
Sandy 20th Mar 2016
Hi Talita.
Our clients were absolutely fascinated in The Ides of March & superstitions. They came up with others, many from their parents/childhood so it was a great discussion topic. Many thanks for sharing.
Sandy
Talita

21st Mar 2016
That's great to hear Sandy, thanks for letting us know. We will find some new and interesting stories to add to the superstitions theme.
Kymberly

29th Jan 2014 Activities Coordinator
I bring along an old saying every week, such as 'mad as a 2 bob watch'. We talk about what it means when people say it, and whereabouts it came from or originated. Interesting information can be found online, and things that are common to say now often come from the 1500s. Mad as a hatter came from the potent oils they used to treat their leather with.
debbie

It never ceases to amaze me with the different activities on this web site. Once again I never thought of the Ides of March. This is a comprehensive activity and thank you for writing this. I am grateful for this site as it makes our job that much easier the variety is fantastic and I am re energised every time I log one.

I am already planning for the 15th March.

I absolutely love this website. I check my emails everyday hoping for a newsletter. The information and activities are the best, I use them all the time :)

Your ideas are fantastic. Golden Carers is our most useful resource, thank you for all the wonderful ideas over the years.